Joseph D. Pluta is the Owner- Principal Broker and has been a Licensed Real Estate Broker in Hawaii since 1972. With over 30 years as being a licensed broker, Mr. Pluta has been directly involved in the sales of millions of dollars of property. Mr. Pluta graduated from the University of Hawaii with a BBA in Travel Industry Management and Real Estate. Mr. Pluta's 30 years in the Real Estate and Travel Industry in Hawaii have been devoted to a myriad of diversified positions from the ground floor up in restaurants, hotels, and condominium hotels. Originally from Chicago working with his parents in the family restaurant and bar business, he came to Hawaii in the submarine service of the U.S. Navy. He worked in various positions in the travel industry while he attended the University of Hawaii and gradually climbed up the industry ladder of success.

Mr. Pluta is credited for starting the first dedicated condominium hotel in the State of Hawaii at the Fairway Villa in Waikiki in 1974. In 1979 he came to Maui as General Manager of the Papakea Beach Resort. In 1980 he purchased the management contracts and formed Resorts Pacifica Inc. which managed the Papakea Association and Vacation Rental Program. In 1991 he formed Pluta & Associates Inc. d.b.a.: Maui Destination Marketing to focus on diversification and starting the posturing of a structure to expand his business beyond Papakea where he has maintained real estate and vacation rental clients for the past 20 years. In 1996 Mr. Pluta was inducted into the University of Hawaii's Alumni Hall of Honors.

He is a current member of the Realtors Association of Maui. Lahaina Rotary, and volunteers on a number of committees in the community.

Currently, he is President of the West Maui Improvement Foundation, Inc. and President of Church on the Go, Inc 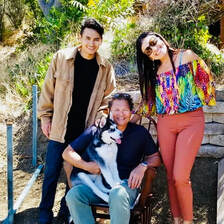 Dean believes in higher education. He is a product of a traditional college education as well non-traditional pathways, undertaking a Chef’s Apprenticeship in San Francisco and earning a Master’s degree in Library and Information Science through distance-learning platforms.

As the coordinator of the Lahaina Education Center, his role supports students in their academic journey, whether they are pursuing an academic degree, entering trade apprenticeships, seeking quick workforce development training, or desire leisure, fitness or career exploration classes.

He joined the WMTA to support the grassroot efforts to improve and perpetuate Maui residents living and working on the West Side. 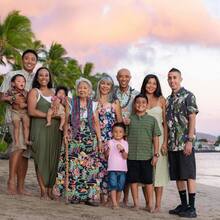 Gregg Nelson has been a resident of Maui since 1978 when he first moved from Honolulu to Maui to open the Westin Wailea Beach Resort, now known as the Andaz Resort.  Though his hotel career has taken him from time to time to a number of assignments on the mainland, Gregg always maintained home base here on Maui.

For the last seventeen years Gregg has had the good fortune to be the general manager of the Napili Kai Beach Resort located on beautiful Napili Bay.  In addition to being a West Maui Taxpayer Association board member, Gregg has also been active in Lahaina Rotary, Maui Visitor’s Bureau, Maui Hotel and Lodging Association, Hawaii Lodging and Tourism and the Napili Bay and Beach Foundation.

Though he is involved in many community organizations, he has always believed his West Maui Taxpayers Association membership is the most important, because it is the only organization serving as an advocate for the interests of our West Maui community. ​

Dennis was previously featured in WMTA Newsletters in conjunction with the WMTA Health and Safety Efforts to put in place an Emergency Plan for West Maui. Now, as a WMTA board member, Dr. Terpin will be leading the WMTA Emergency Planning committee moving forward into 2021.

Incident Response:
Dr. Terpin has responded to incidents of national impact such as 9/11 and the 1990 F5 tornado in
Plainfield, Illinois. He has also responded to many communities and industrial based incidents in his
50-year career. Dennis was the Safety Officer for the President Obama visit to UIC, the Chicago World Summit of Nobel Peace Laureates meeting in Chicago attended by President Carter, The Dalai Lama, among other Dignitaries in Chicago, The  NATO summit, and Operation Power Play (State of Illinois Certification Drill).

Philosophy of: Dennis A. Terpin, Ph.D., O.H.S.T., EMT-P
“I believe that serving as a board member keeps me active, current as a Safety Officer and Emergency Manager. This enables me to share my knowledge and experiences while helping others.” ​ 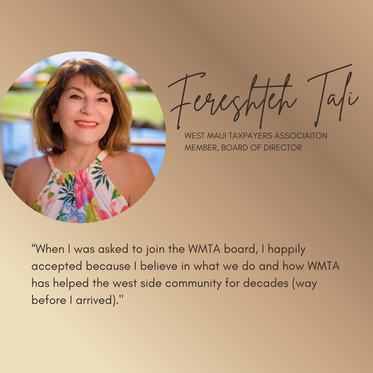 ​I have been a resident of Maui since 2014. When I moved to Maui, I wanted to be part of the community, I joined the Rotary Club of Lahaina, and then WMTA. When I was asked to join the WMTA board, I happily accepted because I believe in what we do and how WMTA has helped the west side community for decades (way before I arrived). As a real estate broker and owner of a boutique Brokerage and Resort vacation rental company, I stay very busy but I still find time to do as much volunteer work as possible.